The story of Surya

The Story of Surya, the Sun God

Surya, the Sun-god, is eternal in existence and beyond the limits of form and manifestation. It is through His own Maya or delusive nature that He becomes qualified and manifest. Being there since the earliest possible moment of time, He is also called Aaditya; the word ‘Aadi’ means “the very beginning”. The fact that Surya was born to Aditi, the mother of gods, is another reason for Him to have acquired the name Aaditya. In the very ancient times when lord Brahma, the Creator, was engaged in formalising the created universe, lord Surya was born to sage Kashyapa and his wife Aditi. The story of the birth of the Sun-god goes as follows: 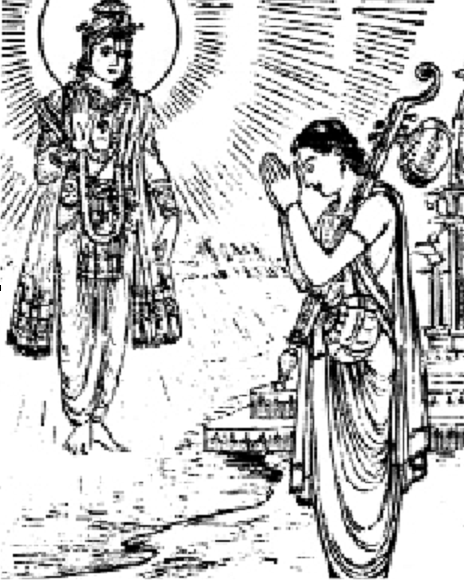 Several millennia back in the hoary past, internecine conflicts between the gods and the demons were a frequent occurrence. Once during such a conflict, it so happened that the demons completely overpowered the gods. The latter had to flee for safety. This was a matter of grave concern to Aditi who happened to be the daughter of Daksha, the wife of sage Kashyapa, and the mother of the gods. She decided to find an appropriate solution to the predicament in which the gods, her children, had landed themselves. She besought lord Surya to be pleased with her and be born to her as her son so that He could help protect the interests of His brethren, the gods.

Lord Surya was pleased with the steadfast devotion of the wife of sage Kashyapa. Said He to her:

“Mother! I shall fulfill your desire. With a thousandth part of My being, I shall manifest Myself as your son in your womb, and defend your progeny.”

Sage Kashyapa was very pleased to know that the Sun-god would be born as his son. In due course of time, Surya was born as the son of Kashyapa and Aditi. The gods were pleased too to have lord Surya as their brother. It has been stated in the Puranas that lord Brahma, the Creator, issued forth from the lotus that sprouted from the navel of lord Vishnu, the Lord Eternal. From Brahma came his son, the sage Marichi. From Marichi was born sage Kashyapa, and from Kashyapa was born Surya, the Sun-god. With His ever-tormenting looks, lord Surya annihilated His opponents and reestablished the path of spirituality. In astrology, the Sun is a fierce planet which primarily stands for discipline, dignity and administrative ability. It is also a significator for the soul of the individual. The strength or weakness of the Sun in a horoscopic chart reflects on the general strength or weakness of the native.

After the churning of the ocean by the gods and the demons, when the Amrita, the elixir of life, was being distributed amongst the gods, the Sun pointed out the disguised Rahu who was standing amongst the gods to taste the Amrita. At this exposure, Rahu was naturally annoyed with the Sun whom he started eclipsing periodically. At this, the Sun-god thought to Himself:

“I exposed the hoax of Rahu for the benefit of all the gods. Now, its consequences have to be borne by Me alone.”

Annoyed thus, the Sun-god shone with dazzling brilliance in order to reduce to ashes the whole cosmos. Even at night there was no respite from the heat generated by the Sun-god. It appeared as if nothing would survive the wrath of the Sun. At this juncture, the gods, along with lord Brahma, sought the help of another son of sage Kashyapa, known as Aruna, to absorb the scorching heat of the Sun. Aruna took the position of the Sun’s charioteer and shielded the three worlds against being singed by a furious Sun-god. In astrology, the Sun is a fiery planet which is capable of damaging the house it occupies as also the planets that associate with it, unless there is a predominant benefic influence shielding its fury.

The effulgent son of the sage Kashyapa, the lord Surya, is capable of scorching the three worlds. He was married to Sanjna, the daughter of Vishwakarma, the divine architect. To Sanjna were born Vaivasvata Manu, the law-giver, and the twins Yama, the god of Death, and Yamuna. Sanjna was very upset with the heat and brightness of lord Surya, and found His proximity to her virtually intolerable. So she decided to leave Him.

With an exercise of Maya or delusive process, Sanjna created her duplicate, Chhaya, from her own shadow. This Chhaya looked exactly like Sanjna and was supposed to replace Sanjna in her absence. Chhaya saluted Sanjna with folded hands and thus spoke to her:

“Dear one! What are your orders for me?”

“Blessed be you!” said Sanjna. “I am leaving for my father’s abode. You may please stay here in peace. Take care of my two sons and a daughter. Do not disclose this secret even to lord Surya.”

Chhaya agreed to do her bidding, but with a rider: “I shall keep this secret to me alone, unless I am pulled by the hair and threatened with a curse. You may thus depart in peace.”

When Vishwakarma knew of Sanjna’s arrival at his residence, and the reason for her doing so, he reprimanded her and asked her to proceed to her husband forthwith. Dismayed, Sanjna changed into a mare and proceeded northward to live on grass and vegetation.

Oblivious of the truth, lord Surya considered Chhaya to be Sanjna only and from her begot two sons, Savarni Manu and Shanaishchara (Saturn or Shani). Chhaya would show greater affection to her children but would normally ignore the children of Sanjna. This was not taken kindly by Yama who insulted her, tramping his foot on the ground in anger. This infuriated Chhaya who cursed Yama thus:

“May this foot of yours drop off!”

Yama was petrified. He went to his father and narrated the whole incidence to Him.

“I insulted her in a childish outburst,” said Yama. “I seek your forgiveness and request that I be spared from the effect of my mother’s curse. A son may well be unsonlike; but surely a mother cannot be unmotherly.”

Lord Surya partly negated the effect of the curse. Then He enquired of His wife thus:

“For a mother, all her children are alike. How can you then treat them unequally?”

Chhaya did not make a satisfactory answer. At this, lord Surya went into mental concentration and with His yogic powers found the truth out. He held Chhaya by the hair and was about to pronounce a curse on her but she pleaded for forgiveness and narrated the whole truth to Him.

Burning with anger, lord Surya went to Vishwakarma as if to turn him to ashes. Vishwakarma was wise; he consoled his son-in-law thus:

“Dear Aaditya! Your effulgence is scorching and unbearable. This is the reason why Sanjna forsake You. She has taken the form of a mare and grazes in the northern pastures, protecting her identity as well as her virtue.”

He further added, “Lord of the gods! Permit me to make Your appearance more charming and beautiful.”

The Sun-god was initially squarish, high and slanting. Vishwakarma chiselled off His offending layers and turned Him into a bright, beautiful and charming God. His face acquired a reddish colour. He changed His form into a horse befitting the form His dear spouse had acquired. Then He went to Sanjna, grazing grass in the form of a mare. She first hesitated to accept Him but yielded when she realised that it was the Sun-god Himself in the form of a horse. The twins, Ashwini-Kumaras, are the result of their union. The Ashwinis are the physicians of the gods. In the zodiac, they constitute the first nakshatra. Later, during the time of the Mahabharata, the twins Nakula and Sahadeva, the youngest of the five Pandava brothers, and adept in astrology as well as Ayurveda (including veterinary medicine), were born of them.

Lord Krishna describes the Sun as the God-manifest, the ‘eye’ of the whole-existence. Provider of plenty, the Sun-god was propitiated by the eldest of the Pandava brothers, Yudhishthira, during their days in exile. The Sun-god offered to Yudhishthira the ‘Akshaya Patra’, the never-emptying vessel. Food cooked in such a vessel would be sufficient to feed any number of individuals and end only when Draupadi, their common spouse, would have her share. The dasha of a favorable Sun ensures good and sumptuous food. When adversely oriented, the Sun dasha gives contrary results, including unwholesome and untimely meals.

In Vedic astrology, the Sun is a significator of the eyes (particularly the right eye). Influencing the seventh house of the horoscope, the Sun can lead to separation from the spouse even as He Himself separated from His own wife. The Sun also stands for baldness and loss of hair, a likely consequence as of the pulling at the hair of His shadow-spouse Chhaya.

Being the most significant of the nine grahas, the Sun is propitiated in order to acquire proficiency in the knowledge of astrology and Ayurveda. The famous Yogic exercise labelled as Surya-Namaskara is a physical-spiritual method of propitiating the Sun, the twelve steps of this particular exercise signifying the twelve signs of the zodiac. Sound physical and spiritual health, as well as sound knowledge of Jyotish and Ayurveda, are the consequences of the grace of the Sun-god. ¦

The Sun in Astrology 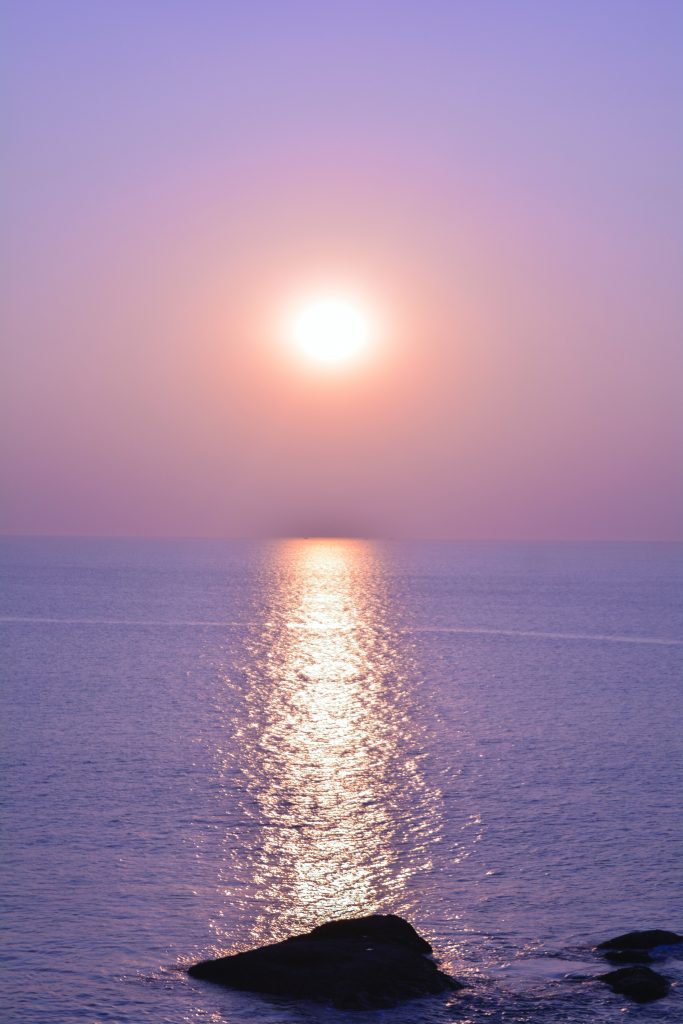