The Story of Soma

The Story of Soma, the Moon God

Having lost to the demons in their bloody encounters, the gods lost vigour and courage. To raise their spirits, lord Vishnu counselled them thus:

“Rise ye gods. Gather courage and seek the help of the demons to extract Amrita, the elixir of life, from the Ocean. The Amrita will invigorate you against the demons. While accomplishing a great deed, there is no harm in seeking the help of one’s foes.”

The Lord further assured them that once Amrita was extracted from the Ocean, He would ensure that it did not fall in the hands of the demons. 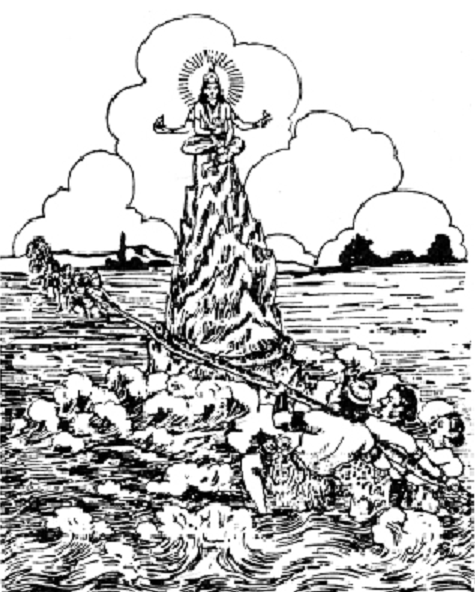 It was thus during those very ancient times that the gods and the demons joined hands to procure Amrita from the Ocean. The process of extraction of the Amrita was explained by lord Vishnu, the Preserver, to both the gods and the demons. It involved the churning of the mighty Ocean, the so-called Samudra-Manthana, using the great Mandarachala mountain as the churn-staff and the formidable serpent king Vasuki as the string. The Ocean yielded several valuable things during the churning process; Soma, the Moon-god, effulgent like the radiant Sun and blessed with a cool and pacifying lustre, was one of them. This Moon graces the head of lord Shiva, the Destroyer. Having originated from the Ocean, the Moon behaves as a watery planet and, when afflicted, gives rise to specific afflictions characteristic of its watery nature.

The story of the birth of the Moon has been described in the Harivamsha Purana, one of the eighteen major Puranas, as follows:

In the ancient times, lord Brahma, the Creator, thought of affecting the Creation. Through His mental concentration, He created His sons one of whom was sage Atri. For three thousand divine years, sage Atri performed hard penance with the aim to procure Soma, the Moon-god, as his son. Because of his intense concentration on Soma, the body of sage Atri itself became Moon-like.

From the eyes of the austere sage, a Moon-like effulgence flowed out and, spreading in all the ten Directions, brightened all in this process.

The ten ‘Directions’ acquired this effulgence and, employing the prescribed technique, jointly established it in their womb. However, they were unable to retain this effulgence which fell off their womb on to the earth. This was Soma, the Moon, with all his cool and lustre. It was for lord Brahma to rescue Soma from this debile and fallen state, by putting Soma on His chariot and getting each of his rays strengthened through the chanting of the Vedic hymns by His seven Manasa-Putras, the sons begotten through mental concentration. During that early stage of creation, the process of sexual union as a means of begetting progeny had not yet been introduced! This story, however, gives us an idea that when the Moon is weak or debilitated in the horoscope it can be, as well as needs to be, strengthened through appropriate remedial measures, preferably the chanting of the stotras or hymns.

As lord Brahma’s chariot, with Soma seated in it, circumambulated the earth twenty-one times, some of the effulgence of Soma dripped off and led to the production of medicinal herbs on the earth. These potent herbs protect and preserve the four types of living forms: the Jarayuja (man and other animals born from the womb), the Andaja (born from an egg), the Svedaja (those that grow out of heat and moisture), and the Udbhija (plants that sprout up from the ground; the vegetation). The Moon-god thus nurtures this whole Creation. Lord Brahma conferred on the Moon the lordship over seeds, medicines (herbs), Brahmins and water.

The Moon has a special role to play in the profession of medical people who use either herbal preparations or liquid medicines in their profession. The rulership of the Moon over seeds has a special significance when applied to the human beings: the Moon determines the genetic link between the child and its parent, or among the siblings. When Moon got coronated as the ruler of the above four elements, Daksha the Prajapati gave his twenty-seven daughters to Moon in marriage. The twenty-seven daughters of the Prajapati are the twenty-seven nakshatras established along the zodiac. The Moon-god visits them all one after the other, thus segregating time into its various elements and indicating festivals, months, and the like.

The Moon-god was extremely fond of his wife Rohini and wanted to spend all the time with her in preference to his remaining twenty-six wives. This preferential behaviour of Moon toward Rohini infuriated Daksha, his father-in-law, who cursed the Moon-god with Kshaya Roga or consumption.

This rendered Moon critically ill. He was saved through the intervention of his father, the sage Atri. The various diseases of the chest, like tuberculosis, pleurisy, pleural effusion, effusions in various body cavities, chronic chest infections, etc., are all under the influence of the Moon in the horoscope. Being a cold planet, fevers associated with chills and rigors fall under the control of the Moon. Its watery nature also justifies it as a significator for blood. Under its influence, along with the influence of Mars, the menstrual cycle of women is regularised.

The Moon is the fastest of the grahas or planets. Quite appropriately, it happens to be the karaka or the significator for the mind, the highly fluctuating component of human nature. Mental stability and instability depend upon the disposition of the Moon in the horoscopic chart.

Afflictions of the Moon create umpteen psychological upsets. It may be of interest to note that the Moon-god, under a particularly adverse state of mind, charged with the arrogance of power and prosperity, did not hesitate to forcibly abduct the wife of his divine preceptor, Brihaspati, for physical exploitation. When the gods tried to force him to return his captive, who was supposed to be equivalent to a mother to him, he sought refuge with Shukracharaya. He well knew that Shukracharaya was virtually invincible for sage Brihaspati as well as for the gods who might choose to help Brihaspati. It was after a long persuasion that he agreed to return the spouse of his preceptor. It was during her captivity that Tara, the wife of sage Brihaspati, had thus cursed the Moon-god:

“You would be devoured by Rahu, obscured by the clouds, and blemished to view. Without doubt, you would suffer from Kshaya Roga.”

Tara’s curses produced their effects in course of time. The sin committed by the Moon indicates a particularly fallen state of mind. The numerous sexual perversions, criminal tendencies, suicidal and homicidal instincts, and mental afflictions, all can be explained on the basis of an afflicted Moon in the horoscopic charts of the individuals so affected.

The Moon-god abducted Tara on the occasion of the fourth tithi (lunar date) of the Shukla Paksha (waxing phase) in the month of Bhadrapada (when the Sun passes through the nirayana Simha or Leo). Viewing the Moon on this day is considered inauspicious.

To propitiate the sin of the Moon-god, lord Shiva and lord Brahma washed him clean in the waters of the Ocean. Later, lord Shiva, with His yogic powers, bisected the Moon and established one half on His head. Lord Shiva thus acquired the name Chandra-Shekhara. The other half of the Moon, which was blemished, was left amongst the gods to continuously feel ashamed and humiliated. Finding this unbearable, the Moon-god gave up his physical body which lord Brahma again immersed in the Ocean. It was then sage Atri, his father, who rescued the Moon-god from the Ocean, much chastened and purified, his status and honour restored by the divine benevolence of lord Shiva and lord Brahma.

The Moon is an extremely important planet in Vedic astrology. Some astrologers consider it to be almost as important as the lagna itself. An appropriate analysis of the horoscope involves the assessment of various planets not only in relation to the lagna but also from the Moon. A strong Moon in the horoscope is a great asset for the native. Despite the sin that the Moon committed by abducting the wife of his preceptor Brihaspati, the latter does not harbour any ill-will towards the Moon. In fact, both the Moon and Jupiter are very close friends and the two together constitute a highly benefic combination, the Gaja-Kesari yoga. Jupiter in fact attains a special status, that of exaltation, in Karka (Cancer), the sign owned by the Moon. From Jupiter’s wife Tara, a son was born to the Moon; this was Buddha or Mercury, the planet concerned with logic and discrimination. The blood and its circulation in the body fall under the influence of the Moon. The Moon also controls over weather fluctuations and tides in the oceans.

The Moon in Astrology 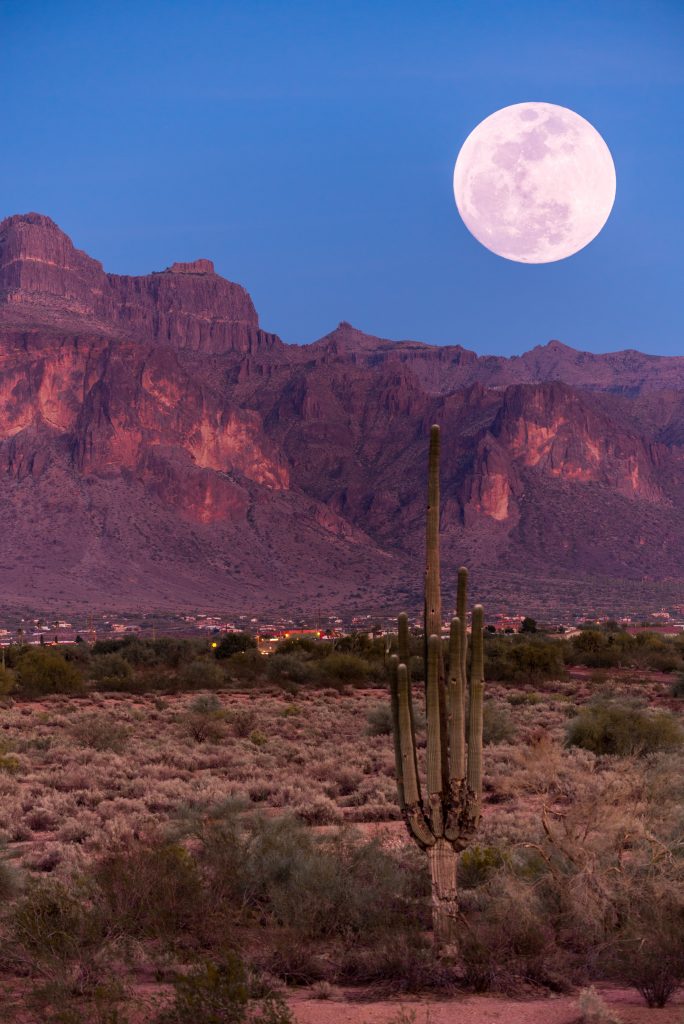