The Story of Shani or Saturn

Unable to bear the brightness of her husband, Sanjna, the wife of Surya, the Sun-god, left her husband’s house, took on the guise of a mare and spent her time grazing in the pastures away from the eyes of the world. Before doing so, she created her double, known as Chhaya or Savarna, from her own shadow to serve as the substitute-wife for the Sun in her absence. Shanaishchara or Shani was born to Chhaya, the shadow-wife of the Sun who was unaware of his original wife’s departure.

Shani is considered a highly malefic planet by nature. The maleficence in his looks is attributable to a curse hurled upon him by his wife. The story goes thus: 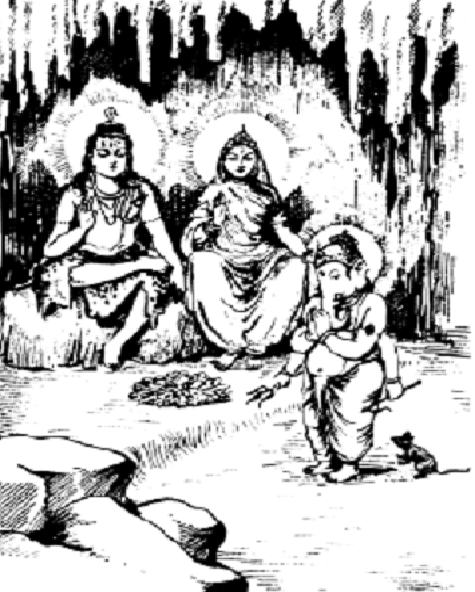 From his very childhood, Shani was wont to get engrossed in the worship of lord Krishna. He would spend hours in meditating upon his beloved Lord. When he attained adulthood, his father got him married to the virtuous daughter of Chitra-Ratha. The young wife was pretty and highly devoted to her husband. She too would spend her time in spiritual pursuits and in the service of her husband.

Once it so happened that the young lady, having finished her menstrual cycle, was overtaken by sexual urge and decided to approach her husband for the purpose. She took a bath in fragrant water, dressed herself in the best of her clothes and decorated herself with jewels and ornaments. With mirth in her heart, and a most voluptuous manner, she appeared capable of agitating the minds of the most austere of the yogis. Lovingly she looked at her husband, and gently she spoke to him thus:

“Please look at me!”

Seldom averse to indulging in physical pleasures, Shani at this particular moment, however, was deeply engrossed in meditating upon lord Krishna, his beloved Deity since his early childhood. Such was his depth of concentration that he failed to take note of his wife’s presence, let alone satisfy her yearning. Having failed in her mission, and nurturing a sense of humiliation, she thus cursed her blameless husband:

“Fool! You did not care to look at me, nor satisfy my urge. From now on, therefore, whatever you cast your glance at will perish.”

After coming out of his concentration, Shani realised the gravity of the curse. His wife too was repentant. And although Shani subsequently satisfied the physical urge of his wife, she was unable to undo the curse. Ever keen to do only good to the living beings, Shani keeps his eyes low lest he should inadvertently harm anyone through his calamitous looks. The extent of harm that can ensue from Shani’s looks is indicated in the story narrated below.

Parvati, the divine consort of lord Shiva, went through many austerities to beget a befitting son. She was rewarded appropriately when lord Krishna Himself chose to be born to Her as Her son Ganesha. It is said that in each Cycle of Creation, lord Krishna through His Maya takes birth as Ganesha, the beloved son of Parvati. Such Cycles of Creation go on endlessly alternating with the Cycles of Annihilation.

The birth of Ganesha was a great event for the divine couple. A great celebration was organised which was attended by numerous gods, goddesses, rishis and celestial beings. They all came and blessed the newborn. The Apsaras, the celestial dancers, danced while the Gandharvas and the Kinnars, the celestial musicians and singers, offered song and music. Lords Vishnu, Brahma and Shiva, as well as the goddesses Lakshmi, Saraswati, Savitri, Vasundhara (the Mother-Earth) and Parvati showered their most beatific blessings on the young child. It was at this time that Shanaishchara, the dark-complexioned and saintly son of the Sun-god, dressed in beautiful yellow robes and effulgent like the burning fire, engrossed in the thoughts of his beloved Lord, entered with the intention of blessing the son of Shankara. After paying obeisance to Vishnu, Brahma, Shiva, Yama and Surya, etc., gathered at the entrance to welcome the guests, he proceeded inside to meet the mother and child. Thinking that he was so often engrossed in physical pleasures only, he felt it appropriate to return home soon after blessing the child.

In the inner chamber, Parvati sat with Her son Ganesha in Her lap, Her maids standing in attendance, enjoying the dance of the Apsaras. Shani entered with his head bent low, and offered his salutations to Her. The Mother-goddess blessed Shani and asked him :

“Lord of the Grahas! Why are you keeping your eyes low? Why don’t you look at My son and bless him appropriately?”

Shani said, “Blessed One! All beings have to suffer and enjoy the results of their own Karmas. It is one’s Karmas alone that ensure one’s birth in the home of a god, and Karmas too that make one be born as a lesser mortal, even an animal. The king and the servant, the beautiful and the ailing, the renunciant and the indulgent, the rich and the poor, all such beings are placed in their respective positions, O’ Mother, because of their own doings, their Karmas. In this context, I shall narrate to you my own story which fills me with abashment.”

And Shani described to the Mother-goddess the incident of his wife approaching him for sexual fulfilment and her curse upon him after his inability to take note of her and satisfy her at that particular moment.

“Since then,” said he, “I have decided not to look at any object for fear of damaging it, nor to see any living being lest I should cause it harm.”

Hearing Shani’s narration, goddess Parvati as well as the dancers and the maids-in-attendance all laughed heartily. They made fun of the saintly Shani. After thinking for a while, the Mother-goddess said:

“This whole universe is only subservient to the wishes of the Almighty Lord. You must look at My son. Harbour no guilt. None dare interrupt these festivities.”

Ordered thus by the divine Mother, Shani had no option but to obey Her. And even as he looked at the young child, its head separated from its body and disappeared into nowhere. All that was left was the headless body of a newborn babe in the lap of mother Parvati. Aghast at this, the Mother-goddess fainted with grief. All those residing at the Kailash, the mountainous abode of lord Shiva, fainted too. Seeing this, lord Vishnu mounted on Garuda, His avian vehicle, flew northward to the banks of the Pushpabhadra, and spotted a horde of elephants. He beheaded the elephant chief with the Sudarshana-Chakra, brought back the head of the elephant and grafted it on the headless body of the new-born. Later, He consoled Parvati Who graciously accepted the newer version of Her son as Her own child.

Even as the ambience became less tense, Parvati’s eyes spotted a repentant Shani standing in a corner, his head bowed with remorse. Infuriated, She cursed him: “Be thou a cripple!”

Parvati’s curse was considered totally inappropriate and unjustified by the sage Kashyapa, by the Sun-god, and also by Yama, the god of Death. They loudly protested against the impropriety of it.

“It was only after Parvati’s insistence that Shani looked at the child,” they all said. “Poor Shani has already suffered a lot from the curse of his wife. Now he has been cursed again, most unjustly. Would it not be only appropriate if we too pronounced a counter-curse?”

Lord Brahma, the Creator, pacified the agitated guests. He then requested Parvati to relieve Shani of Her curse, most inappropriate as it was to ill-treat a faultless guest. Parvati realised Her mistake. She blessed Shani with these words:

“You will become the king of the Grahas, beloved of the Lord, long-lived and a master-yogi. You will attain deep and uninterrupted concentration on the Lord. My curse will but have its effect. You will, therefore, suffer some lameness.”

Saturn is a planet of detachment and suffering. A great teacher, Saturn teaches one through hard and painful experiences in life so that in the end one emerges out tougher and maturer to face the world. Progress in spiritual pursuits demands that one detach from the material and earthly bonds, generally a painful process. Saturn also indicates ill health, sorrows, separation, death, humiliation, punishment, sexual indulgence, chronic incurable ailments, lameness, amputation, mutilation, depression, insanity and fatigue. Its seven-and-a-half years of transit on and around the natal Moon, the so-called Sadhe-Sati, is generally considered a trying period both physically and mentally. Saturn’s transit of the Rohini nakshatra is considered an ominous and fearsome period for the whole world. This occurs roughly at intervals of thirty years. Major traumatic events at a global level are caused during this transit of Saturn. 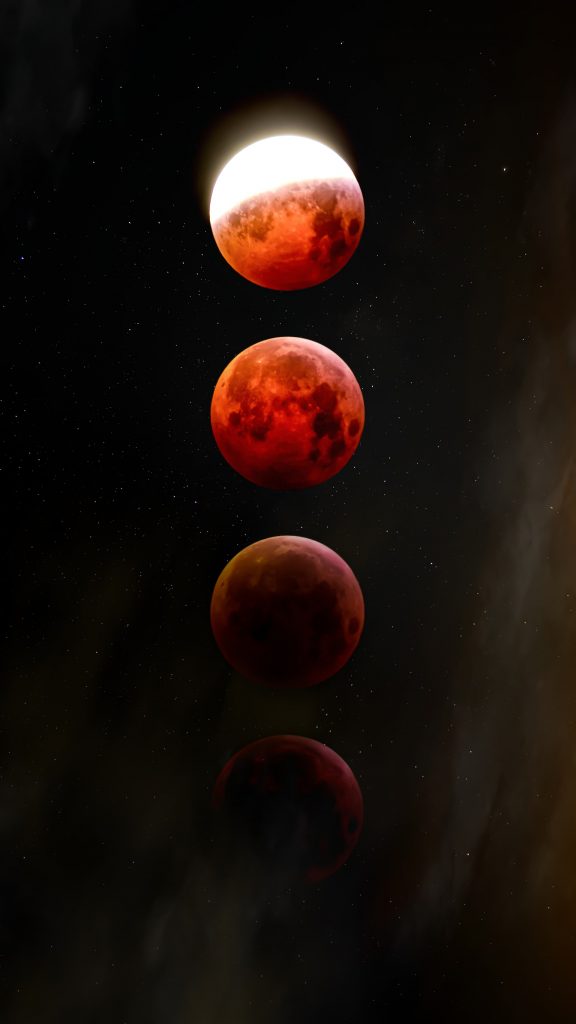