The Story of Brihaspati

The Story of Brihaspati, the Preceptor of Gods

Brihaspati or Jupiter is the preceptor of gods. Learned and virtuous, he guides and protects the gods and lends dignity to the court of Indra, the king of gods. The gods obtain nourishment through the yajnas that the earthlings perform. In return, the gods foster the earthlings. This symbiosis is interfered with by the asuras or demons who obstruct the yajnas and snatch the share due to the gods. Sage Brihaspati helps the gods acquire their share of nourishment by the use of ‘mantras’ or powerful incantations that drive away the asuras.

The worship-worthy Brihaspati is the son of the sage Angira who in turn is the son of the Creator Brahma. Versed in the essence of the Vedas and other scriptures, Brihaspati is calm and self-controlled. He has conquered anger, has a sweet voice and is absolutely pure of heart. He always has the good of the world in mind. Once upon a time, he undertook rigorous penances in Kashi and pleased lord Shiva immensely. 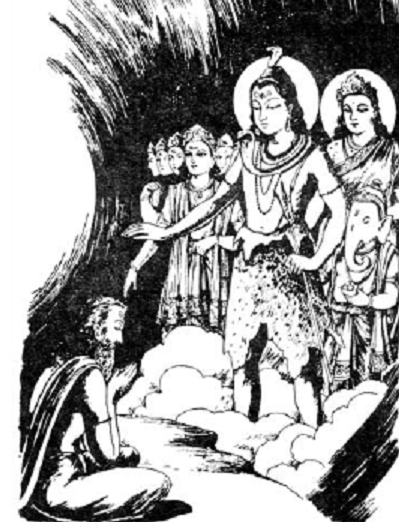 “O’ Brihaspati,” said lord Shiva after appearing before the meditating sage, “ask for a boon.”

Brihaspati was filled with bliss after seeing the Omnipotent Lord in front of him. He immediately offered a hymn in the praise of the Lord and then became silent. Pleased with him, lord Shiva conferred upon Brihaspati the status of a graha, or planet, and the preceptorship of the gods. Worship of lord Shiva on a Thursday, the day of Brihaspati, coinciding with Pushya nakshatra, ensures success in any venture undertaken at such an auspicious occasion.

Once upon a time, the Moon-god developed an infatuation for the young and lovely Taara, the devoted wife of Brihaspati. Abandoning all shame and propriety, he abducted the beautiful lady, the wife of his own preceptor, and enjoyed her physically. Brihaspati was naturally distressed at this happening, more so because the Moon-god had taken shelter with his invincible rival Shukra, the preceptor of the demons. It was through the intervention of lord Shiva and lord Brahma, as well as other gods and sages, that Taara was rescued. She was, however, pregnant at the time of her release from the hold of the Moon-god, and gave birth to a beautiful and highly intelligent child who came to be known as Budha or Mercury.

Praising Brihaspati during the episode of abduction of his wife, lord Shiva said, “Blessed be the devotees of lord Vishnu, the Preserver. Brihaspati is devoted to lord Vishnu, hence his heart is pure and he is without malice and anger. For, could he not reduce a hundred Moon-gods to ashes by a mere curse if he had but willed? Verily, they alone attain eternal bliss who devote themselves to lord Vishnu wholeheartedly.”

“All beings, be they gods or men, follow the dictates of lord Vishnu. One who hurts others must of necessity be punished by lord Vishnu himself. Of the three sons of the sage Angira, the youngest one, Samvarta, resorted to rigorous penances and did not pursue the life-style of a householder. Brihaspati, during a particular moment of weakness of the mind, once took hold of the pregnant wife of his other brother, Utathya, and violated her person. Blinded by lust, he forgot that a brother’s wife must be rendered the same respect as due to one’s mother. All deeds done, whether virtuous or sinful, must yield their corresponding fruits.”

It is said that the child in the womb of Mamata, the wife of Utathya, resented Brihaspati’s action but Brihaspati ignored his objection. A son was soon born out of this union. He was sage Bharadwaja who transmitted the knowledge of Ayurveda to Dhanvantari, the god of the ancient system of medicine who had emerged, a pot of Amrita in his hands, from the Ocean as a result of its churning by the gods and the demons.

Rivalry between the gods and the demons is a regular affair. Their preceptors, Brihaspati and Shukra respectively, bent upon protecting their respective clans, thus become natural rivals. They both resort to varied means to acquire knowledge and strength, in order each to outdo the other.

Shukra once noticed with concern that the demons were fighting a losing battle. The gods were regularly having an upper hand. They had eliminated several mighty demons by their strength and strategies. Shukra called the demons and addressed them thus: “Dear asuras! You have lost mighty warriors in battle. My counsel to you all is to give up your weapons till I return from austerities to acquire knowledge of invincibility. Then alone must you fight the gods with my help, and attain victory. In the meantime, give up your malefic nature, attain strength through the pursuit of austerities, and wait until an opportune moment arrives.”

Shukra went away to pursue his penances while the gods and the demons ceased hostilities. The truce, however, did not last long as the gods discovered the trick of the demons and attacked them in strength. The beleaguered demons took shelter with the virtuous Khyati, the mother of Shukracharya, who offered the demons protection. The gods, however, pursued the demons relentlessly, causing them great pain. Greatly angered at the gods, the blameless Khyati immobilised Indra, the king of the gods, by the use of her immense yogic powers. Seeing this the gods ran away and their king Indra was captured by the demons.

While Indra was overwhelmed by demons, lord Vishnu offered him protection by incorporating him in His own body. This only infuriated the mother of Shukra and the wife of sage Bhrigu further. Loudly she proclaimed:

“O’ Indra! I am going to burn you to ashes along with this lord Vishnu. See now the strength of my penances.”

Both Indra and lord Vishnu were aware of the spiritual strength of the virtuous lady. Before she could pronounce her curse, lord Vishnu beheaded the lady with His never-failing Chakra, the discus. A sin of killing a woman was thus committed by lord Vishnu Himself. In return, sage Bhrigu cursed lord Vishnu to take birth as a human being on the earth on seven different occasions. Subsequently, Bhrigu used his yogic powers to bring his wife Khyati back to life.

Indra was mortally afraid of Shukra for having wronged his mother and his subjects. He spent many sleepless nights. Eventually he thought of a clever plan. He called his daughter Jayanti and bade her to look after Shukracharya, engaged in rigorous practices, with care and devotion. “Go and accomplish my purpose,” said Indra to his daughter. “From now on, I offer you to Shukra.”

Jayanti accepted her father’s bidding. She went to where Shukracharya was immersed in deep meditation. Subjecting herself to numerous hardships, she carefully looked after the preceptor of the demons for several years. At the end of a thousand years of rigorous meditation, lord Shiva manifested Himself to Shukra and conferred upon the latter invincibility as well as the knowledge of reviving the dead.

When Shukra came to himself, he saw beside him the young Jayanti. He addressed her thus:

“Blessed one! Who are you, engaged in my service, unmindful of your own hardships? Who is your father? What makes you undertake such rigours? I am extremely pleased with your devotion and your self control. Dear one! What is it that you desire of me? Ask for anything, and I shall be pleased to grant it to you.”

Jayanti spoke sweetly, “Lord! You can know my mind without my uttering a word.”

Shukra thought for a while. Immediately he knew her mind, and all that had happened. He took Jayanti home and took her for his wife. Laying a curtain of delusion around his abode, Shukra spent ten long years in association with his wife Jayanti, unseen by any outsiders.

When Brihaspati came to know that Shukra had gone invisible for ten years, he took note of this void. With Indra’s counsel, he guised himself as Shukra and called for the demons. When the demons came to see him, he said, as Shukra would, to them:

“Dear ones! I have returned from my austerities. I shall transfer to you the knowledge that I have obtained during the years of my absence from here.”

For ten years, Brihaspati associated with the demons and gained their confidence. When Shukra returned, the demons failed to recognise him and refused to accept him as their preceptor. They considered the disguised Brihaspati only as their preceptor. This angered Shukra who cursed them saying, “Stupid demons! You do not understand even when I give you wise counsel. You would, therefore, suffer subjugation in the decisive battle that you would certainly have to fight with your enemies, the gods.”

Brihaspati noted with glee that the demons had been cursed with vincibility by their own preceptor. His purpose had been achieved. He then left the demons to their lot and returned home.

The demons learnt it only too late that they had been deceived. They went to Shukracharya and besought his forgiveness. The guileless Shukra forgave them and returned.

From Jayanti, Shukra begot his beautiful daughter Devayani. Years later, Brihaspati sent his son Kacha to learn the secret of Samjivani, the art of reviving the dead, from Shukracharya. Devayani fell in love with Kacha and saved him on many an occasion from the wrath of the demons. Through his devotion to Shukra, and his own efforts and self-control, he eventually acquired the knowledge of Samjivani and returned home. Thus was this great knowledge transferred to the camp of the gods. ¦

— Directional strength : Lagna or the first house of the horoscope 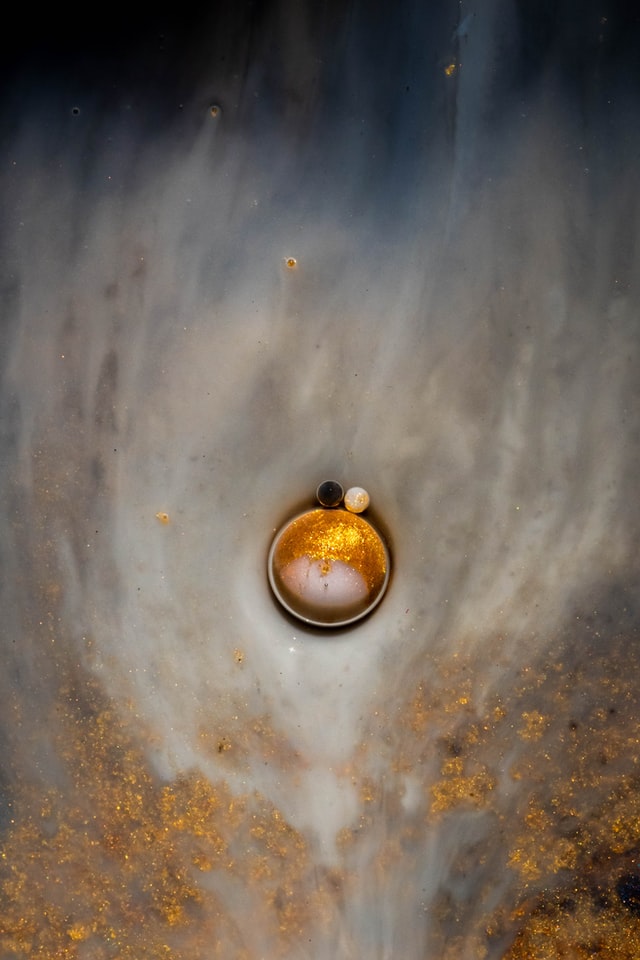